HAMILTON ONTARIO, February 23, 2017 – Fusion Pharmaceuticals, a newly formed biopharmaceutical company developing targeted alpha-particle radiotherapeutics for treating cancer, today announced the closing of a $25 million Series A financing led by founding venture investor, Johnson & Johnson Innovation – JJDC, Inc., with investments by HealthCap, TPG Biotech, Genesys Capital and FACIT (Fight Against Cancer Innovation Trust). Targeted alpha-particle emitting radiotherapeutics combine the precision of molecular targeting agents, such as antibodies with the potency of alpha-particle emitting radioisotopes to specifically attack and eradicate cancer cells.
The syndicate is strengthened by HealthCap’s specialized expertise in pioneering a new wave of successful radiotherapeutic companies, such as Algeta and Nordic Nanovector.
Fusion Pharmaceuticals is a spinout from the Centre for Probe Development and Commercialization (CPDC), an organization that Dr. John Valliant, Ph.D., founded in 2008 and is a Centre of Excellence for Commercialization and Research (CECR) located at McMaster University in Hamilton, Ontario, Canada. The CPDC, which was created with the support of multiple stakeholders, including the Networks of Centres of Excellence (NCE) and the Ontario Institute for Cancer Research (OICR), has rapidly become a world leader in the development, translation and manufacturing of radiopharmaceuticals.
In addition to Dr. Valliant, founder and chief executive officer, the company’s board of directors consists of Asish Xavier, Ph.D. (Johnson & Johnson Innovation – JJDC, Inc.), Robert Sutherland, Ph.D., Centre for Probe Development and Commercialization (CPDC), Eran Nadav, Ph.D. (TPG Biotech), Johan Christenson, M.D. (HealthCap) and Damian Lamb (Genesys), who will assume the role of chairman of the board.
“Targeted delivery of medical isotopes that emit alpha particles can be used to kill tumor cells with remarkable precision and unprecedented potency, and it has the added potential of having complementary effects with treatments which activate the immune system,” said Dr. John Valliant, CEO. “Fusion is focused on combining our expertise in radiopharmaceutical development and production with the appropriate targeting molecules to create a new generation of therapeutics that can address the need for better cancer treatments. Fusion is proud to join a wave of new Canadian biotech companies that are being launched with innovative technologies emerging from research institutions like McMaster University.”
Fusion Pharmaceuticals will use the financing proceeds to advance its lead program, FPX-01, into human clinical trials. FPX-01 is an antibody-targeted radiotherapy, which seeks out a specific biomarker of resistance that is present on nearly all types of treatment refractory cancers. The technology is designed to selectively deliver actinium-225 to tumor cells so that in conjunction with internalization, the alpha particles emitted will eradicate diseased tissue. In parallel, Fusion Pharmaceuticals gained access to a centyrin-based targeting molecule in preclinical development that has the potential to deliver isotopes to several cancer types and access to the centyrin protein targeting platform in two licensing agreements with Janssen Biotech, Inc. in transactions facilitated by Johnson & Johnson Innovation.
Centyrins are protein targeting agents, proprietary to Janssen Biotech, characterized by high selectivity and specificity, combined with tunable pharmaceutical properties and efficient manufacturing. Fusion Pharmaceuticals is building its pipeline through access to the centyrin platform in combination with proprietary labeling technologies, which can be applied to a wide range of targeting molecules.

Fusion Pharmaceuticals is a spin out from the Centre for Probe Development and Commercialization (CPDC), which is a Centre of Excellence for Commercialization and Research (CECR) located at McMaster University. The CPDC was created to take promising new technologies developed at Universities and use the arising knowledge advantages to realize economic and health benefits for Canadians. The CPDC, which employs over 80 people and has locations and major partnerships in Hamilton, Toronto, Ottawa and Boston, is supported by a range of stakeholders including the Networks of Centres of Excellence, the Ontario Institute for Cancer Research, McMaster University and several industry partners. See www.imagingprobes.ca for additional details.

Fusion Pharmaceuticals was founded by Dr. John Valliant, who was also the founder and CEO of CPDC. Under Dr. Valliant’s direction, the CPDC supplied radiopharmaceuticals for over 40 clinical trials, facilitated the creation of three new companies, including building a rapidly expanding manufacturing business. Dr. Valliant, a Canada Research Chair in Medical Isotopes and Molecular Imaging Probes, is a Professor of Chemistry and Chemical Biology at McMaster University. He has won numerous awards including being selected as one of Canada’s top 40 under 40 in 2010.
Fusion’s discovery and development programs are led by the chief scientific officer, Dr. Eric Burak, Ph.D. Eric previously held positions at CPDC, Theracos, Rib-X Pharmaceuticals and Guilford Pharmaceuticals. Eric oversees a world-class team of chemists and biologists who have extensive experience and unique skills in the alpha therapy field.

Certain medical isotopes emit alpha particles, which are highly energetic ions that deposit their energy over very short distances traveling approximately the width of a single cell. When alpha emitting medical isotopes are delivered to cancer cells, they can kill tumor cells through multiple mechanisms including double stranded DNA breaks, which makes repair and hence resistance unlikely. Targeted alpha therapeutics use significantly smaller amounts of material than typical antibody-drug conjugates making it possible to exploit a wider array of drug targets and they do not require complex linkers to release the warhead. One of the additional benefits of Fusion’s alpha therapeutic approach will be creation of a companion diagnostic with each candidate.

Fusion Pharmaceuticals is a new pharmaceutical company located in Hamilton, Ontario, Canada focused on becoming the leader in the targeted alpha therapy field. Fusion will exploit its unique expertise in linking medical isotopes to targeting molecules to create highly effective therapeutics. In addition to its lead program, FPX-01, Fusion is building a pipeline of products through a protein discovery platform, that allows for the rapid screening of new targeting molecules to promote biomarker localization of alpha emitting medical isotopes. Fusion’s technology development team also has proprietary methods for introducing alpha emitters into targeting molecules. 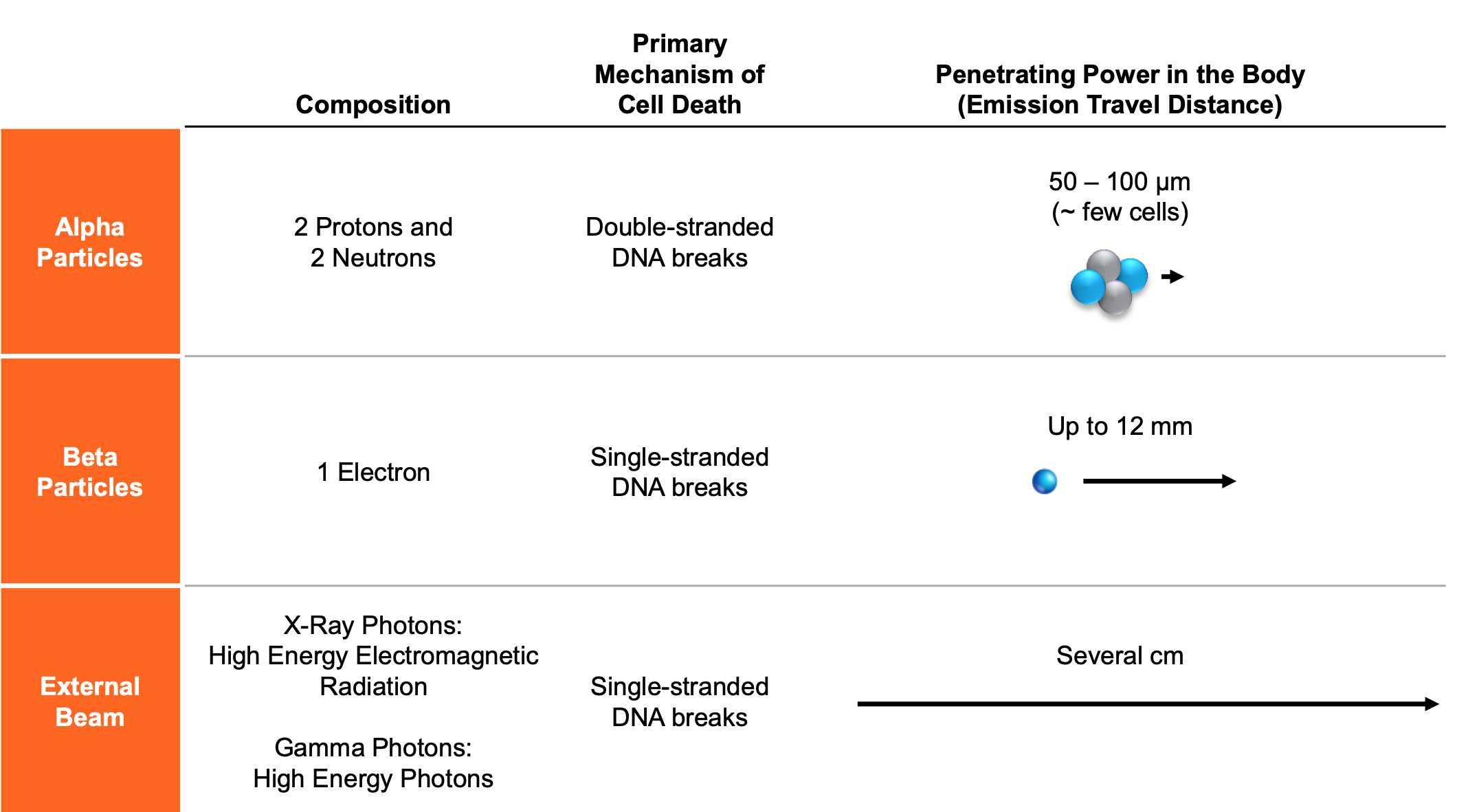